In 1796 Carl Eduard Hartknoch was born in Riga. In 1816 he made his debut in Leipzig as a concert pianist, although he also studied at the university (we do not know what subject).
He then decided to make a living in music. He went to Weimar in 1819 to study with J.N. Hummel but left for St. Petersburg in 1825 because he could not find a suitable job in his own country. In Russia he was held in high esteem as a piano teacher. In 1828 he moved to Moscow where he lived until his early death in 1834. 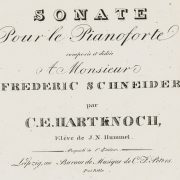 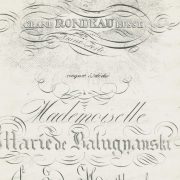 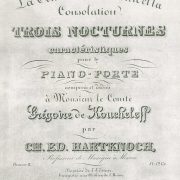