You are here: Home1 / Ferdinand Ries 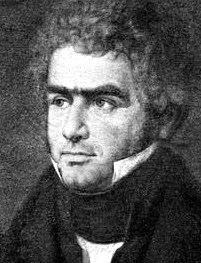 Ferdinand Ries was born in Bonn in 1784. His father had given violin lessons to Beethoven and of course he also taught his son, not only the violin but also the piano. Bernhard Romberg became his cello teacher. In 1801 Ries was send to Beethoven who gave him piano lessons and who employed him for some time as his sercretary. From 1805 Ries became famous as a piano virtuoso and an composer and lived long periods of his life in France and England. After spending twelve years in England, in 1824 Ries made his final return to Germany. He died in Frankurt am Main in 1838.
Among his compositions we find operas, oratories, symphonies, piano concertos, an impressive number of chamber compositions (string quartets and sonatas for violin and piano and other works), and works for piano alone. His music was undoubtedly influenced by Beethoven in particular his seven symphonies. These works represent an important link between the Classical and the Romantic style. Even Robert Schumann found favourable words for his symphonies, defining them “some of the best works of his genre”. 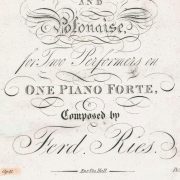 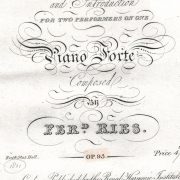 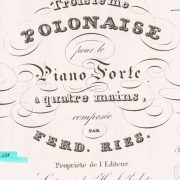 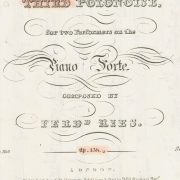