You are here: Home1 / Sigismund Thalberg 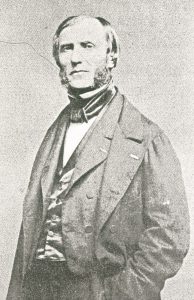 Sigismund Thalberg was born in Geneva in 1812. At the age of ten he was send to Vienna to prepare for a career in the diplomatic service, but he studied music at the same time. Hummel was his piano teacher. In 1814 he presented himself as a pianist and a year later he began to publish his first compositions. He continued his studies with Pixis, Kalkbrenner and Moscheles. In 1836 he was in Paris where Liszt became his rival. This rivalry ended when the two pianists gave a concert for the princess de Belgiojoso. They even joined forces with other famous virtuosos (Pixis, Herz, Czerny and Chopin) in composing one variation each for Hexaméron.
Thalberg’s basic compositional method was rather simple and he borrowed it from the harp virtuoso Elias Parish-Alvars. The thumbs played the melody in the centre of the keyboard (with the help of the sustaining pedal) and it was ornamented with counterpoint and chords above and below. He combined speed and power with unfailing care for bel canto because he loved opera and the singing style of Mozart and Hummel. 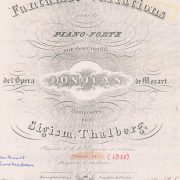 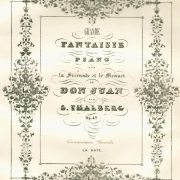