You are here: Home1 / Joseph Wölfl 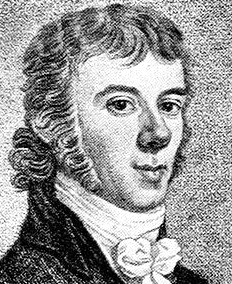 Joseph Wölfl was born in Salzburg in 1773. He was a pianist and composer. Wölfl received his first musical training from Leopold Mozart and Michael Haydn. He took up residence as a court composer in Warsaw. From 1795 he lived in Vienna. Of all the Viennese piano virtuosos, he and Beethoven commanded the most respect. In 1801 he moved to Paris and from 1805 to London where he died in 1812.
He was one of the leading composers of his day although the quality of his work varied. Apart from 2 excelent symphonies and 7 operas, Wölfl wrote mainly for his own instrument. He published concertos, sonatas, variations and pieces besides chamber music with and without piano. 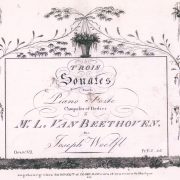 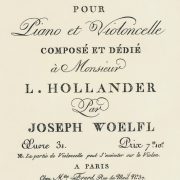